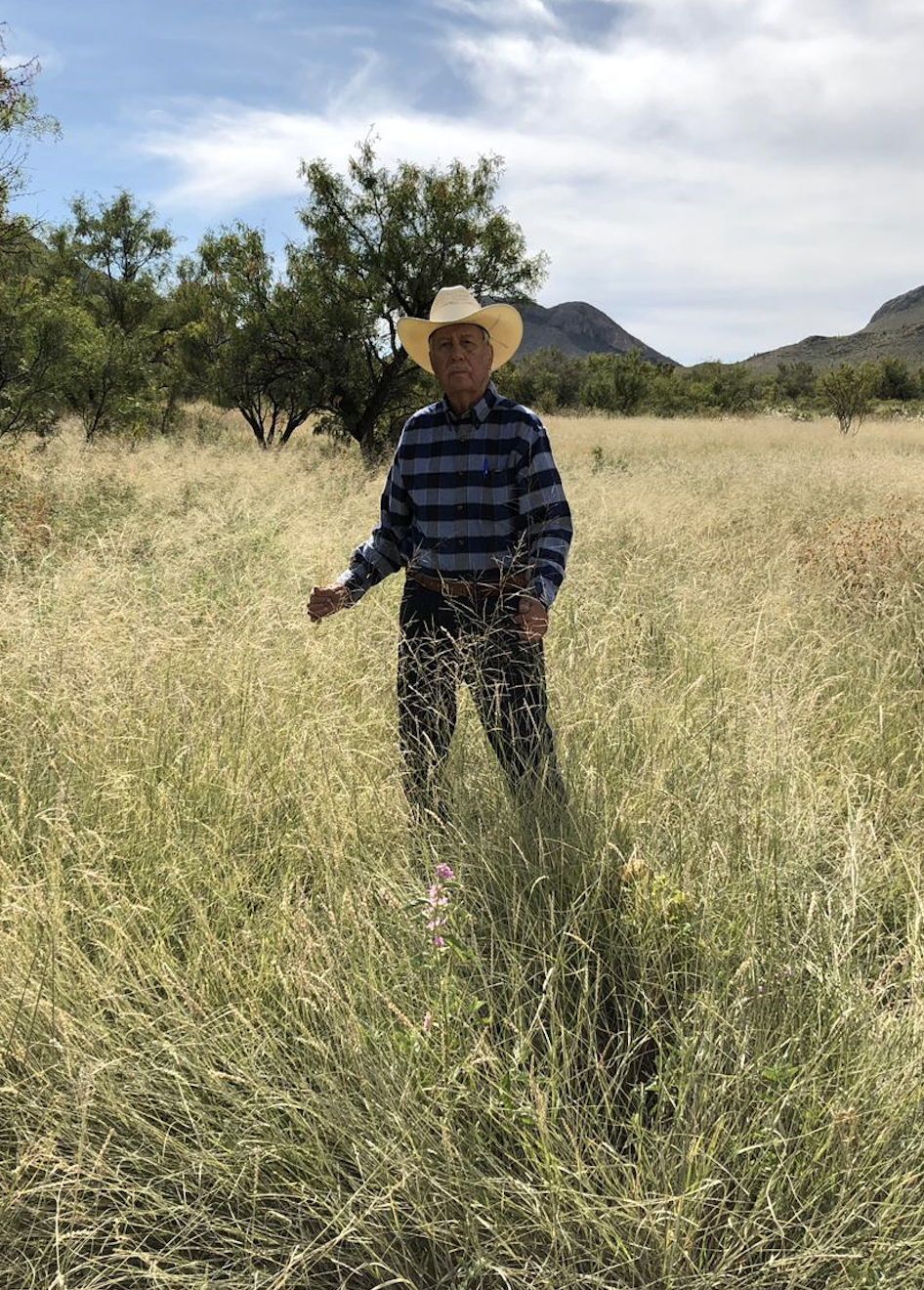 Alejandro Carrillo raises grass-fed cattle in the north Mexico desert on Rancho las Damas, named after the nearby Sierras las Damas. While many of his neighbors have reduced cattle herds due to very dry weather over the last years, Alejandro has been able to triple his. And he has done it while increasing the biodiversity of plants, animals, and birds on his ranch.

How? In 2006, Alejandro adapted the principles of Holistic Planned Grazing Management (developed by the Savory Institute), changing from continuous grazing to planned grazing.

Planned grazing is based on simple principles — keep livestock bunched together in a large herd and keep them moving across the grasslands, mimicking the behavior of wild grassland herds. By applying these methods to cattle, ranchers have found that their land becomes more fertile, able to both hold more water and to use the little rain that falls more effectively.

He has taken this knowledge and begun to pass it on to the next generation, mentoring young ranchers in Chihuahua and around the world.

← Back to PARTICIPANTS
Get Updates